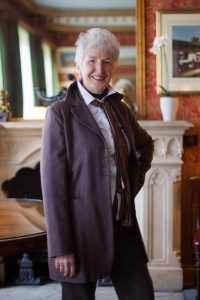 Breeda was born and raised in Dublin, starting out her adult life working as a nurse and engaged to a man called Seamus. Seamus was killed by a brain hemorrhage, very tragically and suddenly, when Breeda was just 24. She was heartbroken. 10 years later, Breeda tells us, she was still struggling to deal with the grief.

Soon afterwards, Breeda packed in her career as a nurse and began working as a social worker in Cork. At the time, she still identified outwardly as straight – though was moving slowly towards coming out. She’d always had a feeling she was gay; in the 1970s, she’d seen herself as having at least tried a lesbian relationship by the age of 40. On studying a Master’s degree in Women’s Studies at Cork University to allow herself to think about her sexuality and identity on an intellectual and theoretical level, Breeda became immersed in Cork’s LGBTQ scene and began feeling a definite attraction towards women. After graduating from Cork University Breeda moved to New York City, where she became involved with the Irish Lesbian & Gay Organisation. It was in the Big Apple that she was visited by Priscilla, a woman she’d met through a mutual friend on a women’s holiday in Donegal a few years prior. Priscilla’s stay coincided with New York’s Dyke March and Pride season. Before long, the pair had fallen in love.

Breeda’s Queer Look is a trouser suit from the mid to late ’80s. ‘This was one of my first forays into looking at the androgynous look. When I came here to work in Brighton and had to do some court appearances as part of my work, it would have been the sort of thing that I would have pulled out of the wardrobe. I can remember walking around various streets around the Stonewall area in New York with this on me. I used to be quite involved with the LGBT community on 14th Street – so it has been a lot of places. It’s been on various marches. We used to be arrested for taking part in the St. Patrick’s Day parade. The suit has a bit of a history. It reflects a very special time; whether it’s parades or parties. It gave a visual outing of the self as a gay woman, and that was very important.’ The two-piece, Breeda feels, symbolises the milestone of communicating her identity with the world and feeling very confident in doing so. ‘Though it would be fair to say, as well,’ Breeda laughs ‘That this wouldn’t have been something I’d have worn to see my mother.’

Having the freedom to wear trouser suits and express her queerness outwardly was a refreshing novelty for Breeda. ‘As a young person, the expectation was to look very femme. In those days, we used to make a lot of our own clothes. I can remember making a white linen trouser suit. It was shapely and you would be dressing for some guy to find you attractive. That was my world. I was as heterosexualised as everybody else. You would have been excluded, you would have been mocked, you would have been laughed at, if you had dressed in any other way.’

In recent years, Breeda has utilised clothes as a means to ‘owning’ her ‘woman look’. ‘I wear a lot of skirts. I’ve bought a number of dresses in the last few years. I LOVE being in my long boots. I do feel as a gay woman that we have let style down. On one hand I think it’s really important to explore the androgynous end of things but I think then that as gay women we kind of got locked into, as couples, one is very butch and ‘male’-looking and the other is femme. What is it doing? It’s reflecting how we are heterosexualised. To me, it’s modelling the straight world. This thing about being a woman – womanly – not ladylike, not girl-like, not butch-like, but being womanly in your dress – is very important.’ 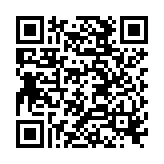