‘In Brighton, every space is a queer space.’ 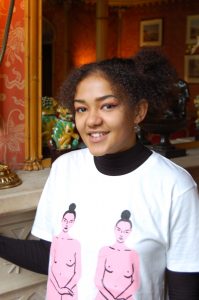 Izzy loves a good pair of trousers. ‘I prefer to wear trousers because they make me feel more masculine, I guess. Before I used to wear tennis skirts and fishnets and crop-tops… I never owned a pair of jeans until I was about 15. I always used to think “No, I don’t want to wear jeans, they look really clunky and unfashionable and not nice.” After I met [my ex-girlfriend], she opened up a lot of things I was dealing with in regards to being gay. Then I bought my first pair of jeans and thought “This is amazing. I’m not gonna wear fucking skirts ever again”.’ After the jeans came all different types of kecks – culottes, cords, you name it – this change of heart drastically transformed Izzy’s wardrobe for good, she explains.

Before the trousers, Izzy, who is a lesbian, felt that her appearance was at odds with her identity. ‘I know so many femme lesbians that wear skirts and make-up and they look amazing and I don’t have a problem with that, but in myself I thought I did look very straight in other people’s eyes. When I looked in the mirror I didn’t look like what I wanted to be. I wanted to signal to people that I am actually gay.’

The outfit that Izzy has donated to Queer Looks is a red sparkly boob-tube and a yellow skort that she wore to Brighton Pride 2017. Izzy remembers accessorising this ensemble with a pair of Vans and a sticker that read ‘Don’t be a dick’. ‘I wanted to wear a statement top that I wouldn’t normally wear because at Pride I feel really safe and comfortable. All my friends were amazed because I wouldn’t normally wear something like that. I really liked it and it made me feel really fancy. Pride’s the day to feel proud about who you are so why not wear what you really want?’

Thanks to her mum taking her along to the celebration every year from a young age, Izzy has always felt at home at Pride. In fact, she can’t ever remember a point in her life when she hasn’t felt comfortable in herself – especially in Brighton. ‘Brighton’s really liberal and freeing, so I don’t ever tend to not wear something just because I’m going out. My old sixth form was really awesome in the sense that there were loads of different societies and everyone was really accepting of everything. Going through that made me realise that I can wear what I want.’

It was this time in Izzy’s life that enforced the importance of clothes as a means of self-expression; though she wishes she’d learned this lesson earlier in life to aid her throughout her time coming out at secondary school, when she was desperate to alter the way in which others viewed her. ‘At school I was just viewed as The Lesbian of the year.’ On arriving at college, clothes were a gateway for Izzy to begin presenting herself as more than just The Lesbian; but as cool and interesting, too.

On the whole, though, Izzy’s experience of coming out as a 14 year-old was hugely positive. The secondary school she attended was liberal, her group of friends were sexually fluid and totally unfazed, and it turns out that her mum and stepdad had already figured things out anyway. ‘Everything fell into place.’

Izzy feels that prom, Freshers and parties place huge pressure on teenage girls to get dressed up and look ‘girly’. Now, at the age of 18, she’s not bothered about being seen to make an effort. ‘I just think to myself, I’m just gonna get sweaty and I just wanna go for a dance. I’ll just wear jeans and a t-shirt and just have some fun.’ It’s for this reason that Izzy loves venues like Revenge and The Haunt – as long as you’re wearing glitter, no one cares what else you’re wearing. 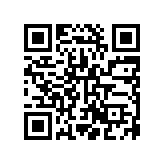