One of Ciara’s Queer Looks is a navy sparkly jumpsuit and a set of blue beads to match. This look would have been completed with a pair of heels – though Ciara hasn’t got any of those left today. ‘If I wore heels now I’d just look like John Wayne.’

‘As you can see, it’s quite a glamarama, feminino piece of equipment,’ Ciara laughs. ‘Which I’m just not, at all. I think this was my last ditch attempt at dressing quite feminine. This was the epitome of my last definite “female thing”.’ Ciara explains that about three years after coming out, she felt suddenly as though a switch had flicked. Even though she identifies as a woman and has never had a problem with her she/her pronouns, she was no longer comfortable dressing in heels, skirts or feminine cuts. ‘I just felt like a man in drag. I felt like I was dressing up always. It felt like a costume.’ Ciara feels that short skirts and low-cut tops encouraged men to speak to her in a particular way; a way that she never enjoyed. Presenting as an apparently straight woman also resulted in being turned away from gay venues on a fairly regular basis, on the premise that she was merely a ‘tourist’. For these reasons, clearly communicating her lesbian identity is now of great importance to Ciara.

Now, some ways in which Ciara has described her way of dressing include ‘androgynous Pat Butcher’ and ‘skin bird‘. What’s the appeal of the skin scene? ‘Go back as far as you can through fashion history and women have always subverted things by dressing androgynously,’ Ciara explains. ‘But skin in particular had a smartness about it, which is associated, I think, with men’s clothes. For me that was the first tribe of people who really wore a definitive style that was completely androgynous. There were definite women, but they were wearing men’s clothes.’ Other style icons of Ciara’s include glam rock David Bowie and T-Rex, Skin from Skunk Anansie, Boy George and her wife, Abbie.

Both before and after being quite so ‘out and proud,’ one of Ciara’s methods of alluding to her sexuality has always been via little badges; Boy George ones that once ‘sneakily’ whispered to the world ‘I am gay’; Pat Butcher and Peggy Mitchell ones (because they’re ‘camp icons’); a Peaches Christ one; an L.G.S.M one; a pink triangle one. ‘I think they’re a great way of signifying something you’re thinking, or something you like. They’re not too in your face. People have to be engaged with you to actually see it. There are wee references that you know that people will only get if they’re as ridiculous as you.’

Another of Ciara’s Queer Looks is the first garment she ever bought from a menswear section – a pair of loose jeans from Urban Outfitters. She remembers that particular shopping experience fondly, having shared it with a close friend who’d also recently come out. On the whole, however, Ciara feels that the menswear/womenswear dichotomy of most commercial high street shops is archaic and mad. That’s why she loves shopping in Brighton’s vintage shops, where gender doesn’t play such a divisive role in the stores’ set-up.

As an LGBTQ person, Ciara feels that Brighton is an easy place to exist in general, in fact. Coming from Belfast and having lived in Brixton for a year, that’s not something that she takes for granted. ‘It’s very free. It’s easy to have your partner and your life and your friends and to get jobs and not be abused on the street. In Brighton you can just be anywhere, and be gay anywhere – and just happen to be gay.’ It’s also very easy to become immersed in this Brightonian bubble and expect this standard of behaviour from everywhere else, Ciara admits. Visiting Belfast on a regular basis always acts as a harsh wake-up from that sense of security. ‘They haven’t even recognised gay marriage over there; that just says it all. They’re setting a social bar that it’s acceptable to treat LGBT people as “Other”.’ 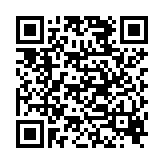