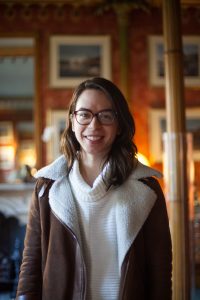 Rachel was born in Tokyo but spent the majority of her childhood in Sussex and London. Shortly after coming out, Rachel, who identifies as a trans female, upped sticks and moved to Brighton from the capital following long discussions with her father about where she would feel safest and happiest settling down. On arrival, Rachel found the seaside city a ‘culture shock’. ‘People are just so friendly down here. I didn’t expect it to be so accepting.’

The outfit that Rachel selected for us was an ‘un-fussy’, ‘day-to-day’ ensemble from roughly four months ago, including a shearling coat. ‘They’re important items to me because they are things that help me present myself as female to the public. These were probably the first set of clothes that I decided to wear.’ Rachel enjoys dressing fairly androgynously, favouring ‘subtle cues’ to gender her correctly over a hyper femme look. She tries, to some extent, to reject the generic. ‘I do try to move away from that and say ‘Okay, so who am I really? What’s my identity? What am I craving to wear, what are the colours I love?’ Rachel refuses to feel restricted by cliché stereotypes.

‘When you’re not dressed extravagantly then even when you don’t pass, people don’t notice you… I’m a normal human being; we’re all normal human beings. We can’t just go out dressed for the red carpet every single day.’ ‘You’d think you’d have to work really hard in order for someone to gender you in a specific way but really, actually, the more subtle it was, the less people thought about it.’ For Rachel, clothing is armour and a disguise, but also completely essential to one’s identity.

Throughout her transition and beyond Rachel has related to Hari Nef, appreciating her graceful toying with androgyny for shaking up her perception of what it means to be ‘an acceptable trans person’. This was an insightful education in the Ru Paul age that seems to perpetuate that anyone who identifies as a woman has to be a ‘crazy, femme human being.’ Growing up, Rachel was guided by the misconception that there was no other way of living as a trans woman than 101% passing. Now, thanks to icons such as Nef, as well as time spent growing and learning, Rachel feels she has shaken off any internal transphobia she may have once been instilled with.

Rachel grew up in an ‘old, Conservative high school’ in London. ‘The attitude was that if something was bad, you called it ‘gay’. It was an all-boys’ school. Expressing any femininity was absolutely prohibited, from the top level down. Growing your hair longer than your ears – that would get you detention. I got detention once because I was doodling and the designs I was doodling in my notebook were too effeminate.’ Aged 16, Rachel tried to tell her doctor and counsellor that she was trans. In return, they told her that she should ignore her feelings, go home and not tell anybody. ‘When people in white coats tell you things you generally tend to believe them.’ Growing up and saying to herself ‘That was all bullshit’ took a long time, Rachel admits.

Now, 10 years on, Rachel breathes a sigh of relief. ‘In that time, society has let me be who I am. And I am so lucky. This is monumental.’ 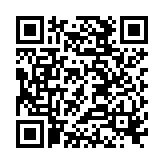