Jason’s Queer Look is a magenta pink velvet affair consisting of a waistcoat, hot pants and a collar, and accompanied by the pair of black knee-high leather boots that once went everywhere with him on nights out. ‘This was not what I wore daily,’ Jason laughs, ‘but it was a clubbing look. I used to dress up quite a lot when I went clubbing back in the ’90s.’ And what are the pieces’ significance to him? ‘They represent my youth, really.’ Jason had always been on the peripheries of fashion, he explains – but not long after coming out, he began dating a costume designer and dressing as though it was a fancy dress party every weekend. He recalls carefully colour coordinated outfits in camouflage fabrics, tiny zip-up skirts, harnesses, feather boas and hair spiked into devil horns. ‘It opened up a whole new world to me. I just thought, “This is great. This is fantastic.” Going out and dressing up – whereas most people would only do that for Halloween or a specific occasion, we used to do it most weekends. It was quite crazy, really – but a great time.’ 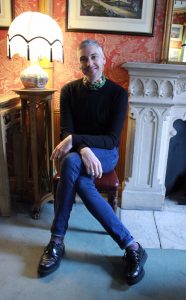 Jason remembers a time when he wasn’t quite as free to express himself through striking get-ups and strong makeup looks, before his London-centric years spent working in a salon and clubbing in SoHo every Friday, Saturday and Sunday night. ‘In the late ’70s and early ’80s, it was very negative being one of our group. The middle-class outskirts of London, the commuter belt; it was very dry. Nothing fabulous or lively.’ Jason was the first of his peers to get any piercings; he had his eyebrow and bellybutton pierced. ‘To all my friends, that was quite shocking. That’s what drew me into London. It was just an undercurrent of feeling like you weren’t right and didn’t fit in. To go somewhere I could just be free was very liberating.’

Children of the past didn’t realise the impact that a lack of freedom to self-express was having on them all, Jason feels. ‘It does have an effect on you but you don’t realise that until much later. When I look at kids nowadays I just think, “Wow.” It’s so amazing that they’re able to express themselves in the way they want to.’

Similarly, it didn’t occur to Jason until much later on in life just how daring some of his infamous ’90s ensembles really were. ‘I didn’t really think about it at the time. In hindsight you think, “Yeah, that was quite a bold look to walk down Brixton High Street in.” I would always wear a really long coat over the top of this kind of thing but occasionally the wind would catch my coat and you could see people’s faces as I was walking towards them. They’d see the boots and then my naked legs, a flash of colour.’ Even better were the summer months. ‘Sometimes I’d just stroll out of the club looking as I was and almost stop traffic. Brixton High Road, buses screeching to a halt as I cross the road with my sunglasses on and a cigarette.’

Moving to Brighton from London 19 years ago, Jason was pleasantly surprised to discover a less cliquey, ‘ghettoised’ approach to nightlife. ‘I remember friends of mine initially coming down from London and saying “What gay bars and clubs are we going to?” and I thought “Well, actually, Brighton’s very mixed.” I’ve never felt the need to go to gay bars and clubs down here. They’d struggle to get their heads around it and say “Is this not a gay pub?” and I’d have to say “No, but there’s gays over there. It’s just a pub with people in.” It’s allowed me to continue being who I am and not feel threatened. We are very lucky to be living here.’ 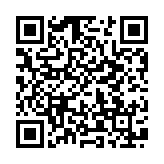