As a young person, it took Abbie a while to come to terms with her identity as a gay woman. The first and most significant way that she began to express herself was via extreme haircuts. Abbie’s hair is hugely important to her now because, like items of clothing, she feels it’s an extension of her personality. ‘It’s not a major thing but I think it’s made me more visible and that’s the point… With gay women, short, sharp haircuts are very much what you see and how you identify, and they stand out to me.’

‘Having a sharp haircut makes me feel together,’ Abbie confesses. ‘I don’t feel like me otherwise… Crowning glory and all that jazz.’

Abbie arrived at her current cut (pictured) when she visited The Fashion World of Jean Paul Gaultier at London’s Barbican Centre in 2014 and was utterly taken by the hair ‘dos sported by the mannequins. Taking a photo to her hairdresser, who, after a bit of brainstorming, managed to overcome the obstacle of ears (an area in which the mannequins were lacking), Abbie found herself with a barnet she loved, and which has continued to evolve slowly ever since.

Whilst Abbie draws style inspiration from a rich tapestry of influences (fashion exhibitions, gay history, Japanese hairstyles, the 1980s, people she passes in the street…), the last thing she wants is to look the same as anybody else – or to be confused for a hipster, for that matter. Abbie’s paramount aim is to present herself as a strong, gay woman that doesn’t proscribe to a generic, stereotypical lesbian image.

In short, Abbie describes her look as ‘hopefully not boring’ (with a tendency towards the children’s TV presenter aesthetic). She appreciates androgyny, with a soft spot for both tailored menswear and glitter, and mentions David Bowie and Gluck as some of her style icons (amongst others).

Abbie recalls a youth when she was ‘bland’ and didn’t know who she was. Time and time again, she would find herself feeling panicked and stifled by the expectation to dress in skirts. ‘I had really long, dead straight hair and I was a real girl next door,’ Abbie tells us. ‘I was a blank canvas.’ Now, visual self-expression is hugely crucial. ‘No one wants to be overly vain or precious about the way they look, but I do think [dress] is really important’ – both for oneself, and as a means of identifying with a particular community. ‘Never underestimate putting yourself in clothes and how that makes you feel.’ 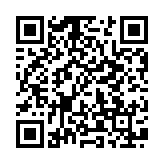