‘We’re all people. We all shit and fart and belch.’ 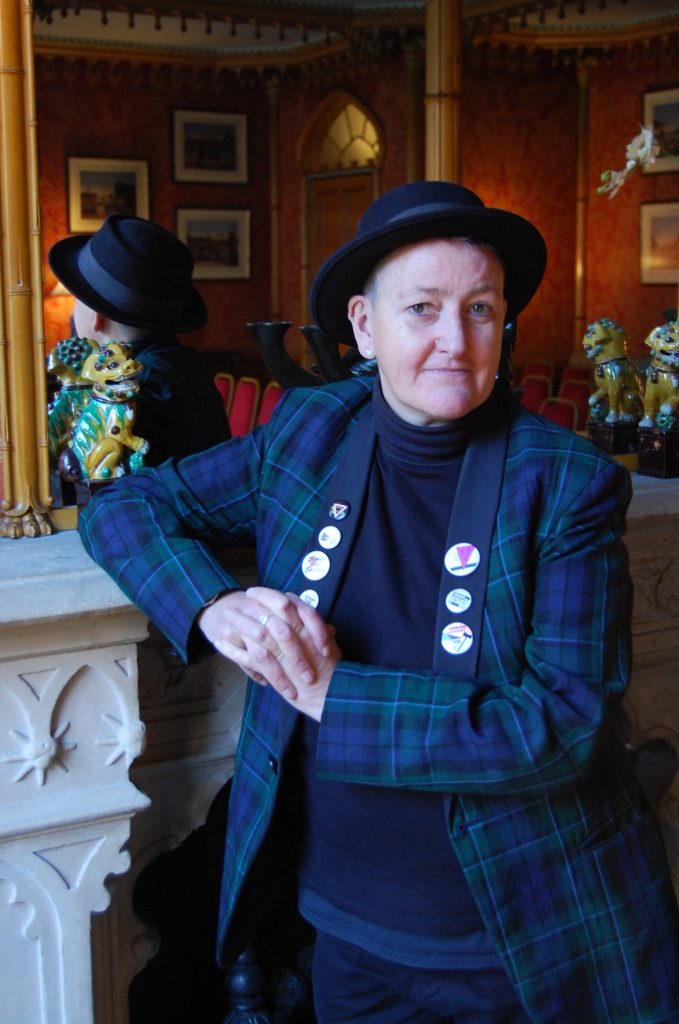 Melita moved to Hove from Hastings in 1986 for work opportunities and Brighton & Hove’s gay and live music scenes; though subsequently, she found that the city’s gay scene was ‘absolutely horrible’. ‘Nobody talked to anybody else… It was very cliquey, very isolating.’ That’s perhaps one of the best things to come out of Section 28, Melita feels – it brought people together.

The legislation, which came off the back of the 1980s’ AIDS crisis, whipped up what Melita describes as a ‘climate of hysteria’ around LGBTQ people. But, on the flipside, huge opposition campaigns had also begun shaping up in Brighton, Manchester and London.

Melita, who identifies as lesbian/queer, brought to her interview a selection of anti-Section 28 campaign badges. Phrases on the badges include  ‘Stop the Clause’, ‘Scrap the Section’, ‘Lesbians Against Section 28’ and ‘Promote Me – Sod the Section’. One badge reads ‘National Tour Against Section 28’ – a tour, Melita explains, that her Brightonian cohorts and her organised themselves, driving around the country in a rickety old minibus to give performances and lectures on what was happening. The group generated lots of material, in fact – t-shirts, flyers, leaflets, placards. ‘It was all about being visible,’ Melita tells us.

But it wasn’t just visibility that these recognisable promotional articles enabled; Melita feels that the badges and t-shirts reflected a move away from the separatist, insular gay scene that greeted her on arrival in Brighton in ’86 and pulled people together. Lots of heterosexual people joined the movement, many of whom subsequently decided that they perhaps weren’t so heterosexual after all. ‘We did a bloody good job of promoting homosexuality,’ Melita grins. In fact, it was out of the campaign that Brighton Pride came. Pride in Brighton started as a political campaign – and ended up lifting the restrictive, isolating lid on Brighton’s LGBTQ population. ‘People would spit at us and hurl abuse at us. But every year we came back and we got bigger and bigger and bigger. It was very worth doing and it’s had a knock-on effect in that Brighton is very much now considered the gay capital of the south – if not the country.’

But, today, Melita no longer attends Pride for feeling that it’s grown meaningless. Last summer, she recalls seeing Tesco present at the parade, waving rainbow flags and handing out sweets to children, and thinking to herself: ‘Have we really come to this? That Pride is now about capitalism?’ ‘I know they do try and bring some political stuff into it but really it’s about people that get off their tits, have a big party, spend loads of money, take loads of drugs, fall over and buy crap. I really really hate the way that capitalism has co-opted queer culture and the pink pound.’

Melita is a regular attendee of Trans Pride, however, as she feels that it’s still yet to be tarnished by the capitalist curse and is a brilliant means for bringing people together on a local, low-key scale. The internet has also been a blessing in the way it’s offered trans people a platform for their voices, she believes. ‘A lot of the stuff that’s being said about trans people in the media, which is horrific, is the kind of stuff that was being said about us 30 years ago. But what the internet has done is given people a way of communicating with each other.’ 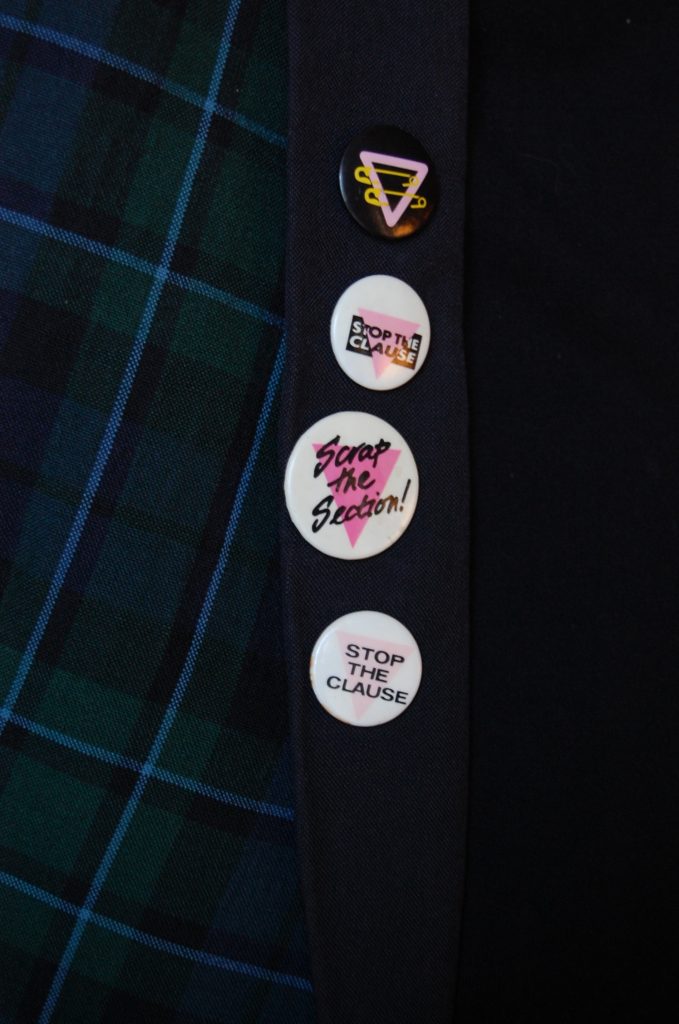 In Melita’s view, LGB culture in Brighton hasn’t moved on a huge amount in the past 30 years. ‘I think the big difference is that people are keyboard warriors nowadays. People sit there on Facebook, liking or banging out outrage, instead of actual getting out there on the streets,’ Melita explains. ‘Sharing stuff on Facebook makes people upset. When you actually go out there and you talk to people; it energises you. It makes you feel stronger. You get to meet different people rather than just talking to your own little group of people on Facebook. The difference is clicktivism vs. street activism… I’m very much about the “Let’s get out there on the streets, lets get some placards (witty placards!), lets have a laugh, lets make some noise, go to the pub afterwards and put the world to rights.”‘ Melita believes that queer people have become complacent and can’t afford to be. Brexit and Trump have offered the right a new confidence to marginalise – and it’s time to be noisy.

Melita’s style is what she describes as ‘fuck off’; she’s unapologetic as a queer person. Her dress sense is influenced only by her self and she no longer wishes to be a part of anybody’s gang. That doesn’t mean she doesn’t fondly reminisce about the magnetic sense of camaraderie felt when clocking somebody else in the street wearing a campaign t-shirt, though. 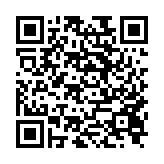